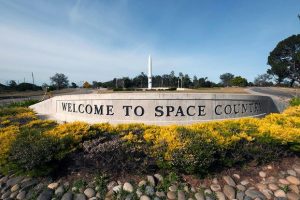 The Space and Missile Systems Center (SMC) at Los Angeles Air Force Base designs, develops and purchases more than $9 billion worth of space and missile systems annually and is credited with development and operation of GPS and the constellation of GPS satellites that have become essential to many commercial and military technologies worldwide.

All the major aerospace firms have offices or headquarters in LA County including Northrop Grumman, Boeing, Lockheed, Raytheon, SpaceX, Aerojet Rocketdyne, Virgin Galactic as well as leading service and analysis companies like The Aerospace Corporation.

One of the major reasons our Air Force Base was not shut down or moved in spite of the area’s high cost of living is the brain trust we have in the South Bay.

Many states would love to get a share of our aerospace industry and they see the opportunity with the new Space Force. “While a group of lawmakers is already lobbying to have U.S. Space Command in their home state, officials have yet to identify potential locations for either the SDA or U.S. Space Command”