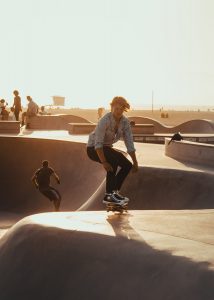 City Council has been exploring installing a skate park in Redondo Beach. The first place considered was Dominguez Park (next to Dog Park) but that park is on top of a landfill so the cost go up due to the pilings required. City Council directed staff to explore other park options which you can review here.

Which park would you like to see a skate park be built? Anderson Park or the Pier (Czuleger Park) or Lillienthal Park? I would rather not have it at Franklin because it is leased land from the School District. Eventually, the School District will get that property back. In the short term, I think pickleball could easily be located at the pad at Franklin Park.