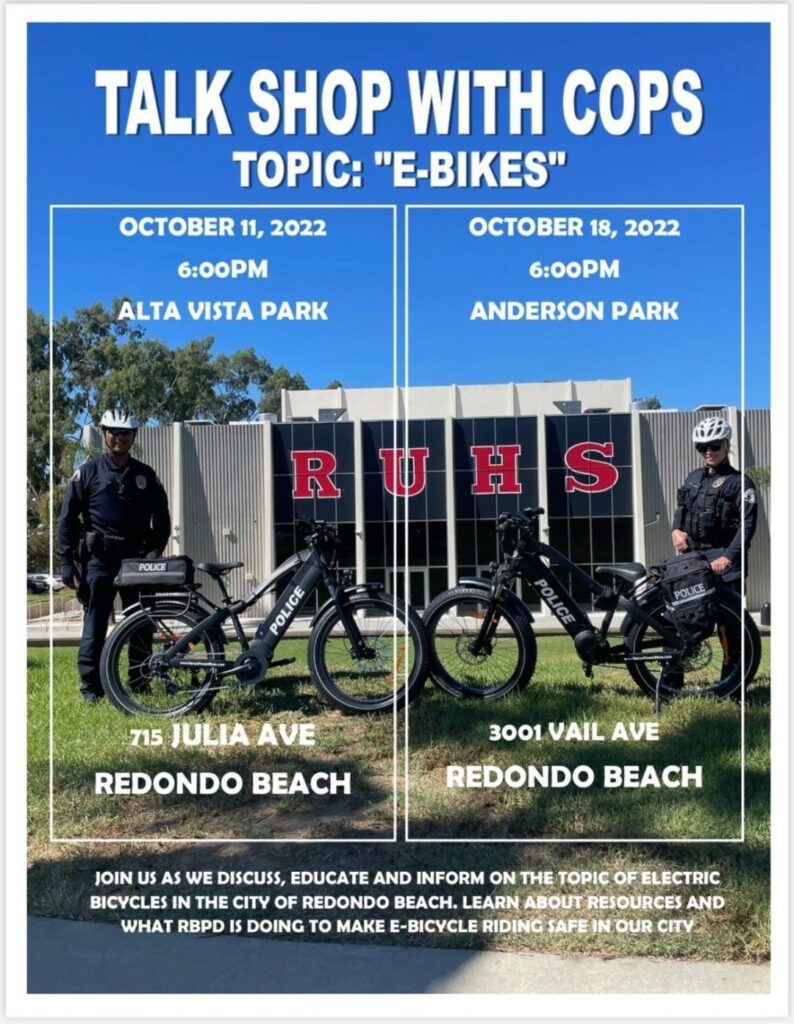 In 2013, with a grant from the AQMD, the South Bay Cities Council of Governments (SBCCOG) did a study which revealed 70% of car trips in the South Bay were 3 miles or less.

With most (non-commuting) trips being 3 miles or less, e-Bikes is seen as a great way to run errands and commuting to RB locations instead of getting in a car. E-Bikes can also help families release their 2nd or 3rd car.

The proliferation of e-Bikes in Redondo Beach has generated much discussion and concern. The Redondo Beach Police Department is hosting a community meeting regarding E-Bikes and Bicycling in general on October 11th & Oct 18th at Anderson Park.