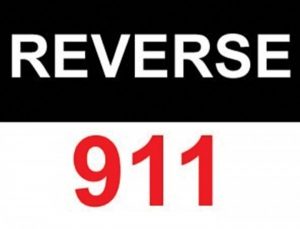 In response to the destructive 2017 California wildfires, the California Legislature signed into law Senate Bill 833 (SB 833) and Senate Bill 821 (SB 821) to further address the safety of local communities and the use of emergency notification systems. SB 833 requires the State’s Office of Emergency Services (OES) to develop guidelines for alerting and warning systems by July 1, 2019. SB 821 authorizes cities and counties to access the contact information of residents through accountholder records of a public utility or other agency for the limited and express purpose of providing the residents emergency alerting in the event of significant large-scale emergencies. These systems will include an opt-out feature in the event a resident chooses not to be included in the mass notification. The information collected would be limited to name, address telephone numbers and email.

Everbridge, Inc. provides software applications that automate and accelerate an organization’s ability to communicate with the public about critical events. The City of Redondo Beach currently contracts with Everbridge for its Nixle 360 service, an opt-in mass notification system that uses text messaging for this purpose. Everbridge has developed a significantly enhanced product called Mass Notification PRO to send notifications to individuals or groups using lists, locations, and visual intelligence. This platform is an opt-out system that can be used to send targeted messages during an emergency via text message, cellular service, landlines, email, social media, through an APP based platform and integration into the FEMAs Integrated Public Alert and Warning System (iPAWS).

As part of the MJNS Program, Everbridge has provided a reduced annual fee to each participating Area G city. The cost for the City of Redondo Beach to purchase the Mass Notification System independently would be $48,272 annually without training and support. For a three-year period, that total cost would be $144,816.

The Torrance Refinery is using Everbridge to alert the public about any safety concerns. This system can be geo-fenced down to a neighborhood and up to a region.