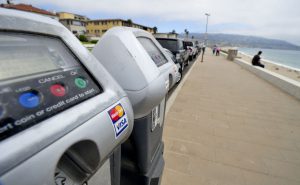 That’s 1,915 Annual Parking Permits that allow individuals to park at meters for a $110 annual charge. Hermosa Beach charges it’s residents over $700 for an equivalent permit.

Raising fees is never an easy decision. The hourly parking rate for Redondo is $1.50 per hour. The annual meter permits were never meant to give ‘free’ parking it was meant to be convenient for frequent users to not have to carry change or to estimate correctly the time needed. Raising the permit rate to $150 per year would have meant the permit owner prepays for 100 hours, that’s less than 2 hours per week. If a permit owner parks more than 2 hours per week then parking is free, again, not the intent but a great deal for permit holders and 65,000 Redondo residents lose valuable revenue.

1,915 people buy permits in Redondo Beach, 741 of those permit holders are from outside of Redondo, that means nearly 39% are not Redondo residents. Hermosa charges over $700 for their commercial meters permit.​

Businesses want the meters because parking spot turnover means parking is always available for their customers. But permit holders can park all day for free.

All of the above led me to decide it was time to raise the permit cost. Mayor Bill Brand decided to veto the parking permit fee increase. He incorrectly states that Hermosa Beach only charges $40 but that is for a permit that is equivalent to our $15 Preferential Permit and was not included in the fee increase. We substantially undercharge for our Annual Parking Permit, that’s your revenue being given away.