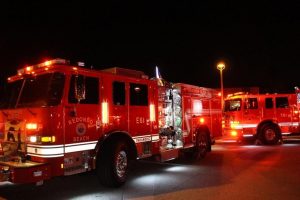 Those that responded gave me 2 directives:

After reviewing the 2 options outlined in the County’s Proposal, I determined that over time, County would cost us more. Our Fire Department does a great job and so does County, so the service levels are similar. We have issues to address in our Fire Department, but we can address those and going to County created more problems than were solved.

On July 11, 2019, the City’s Budget & Finance Commission received a report from the City’s Finance Director on the fiscal impact of the County’s Feasibility Study, which included a 10 year projection comparing the City’s Adjusted Cost for its Fire Department against the Fire District’s Option B Proposal (based upon the City’s current staffing levels). By adopting the Option B proposal from FY 2018-19 through FY 2027-28, the report to the Budget & Finance Commission estimates the projected cumulative additional costs to the City to be $50,931,318, that’s nearly $51 Million MORE!

The annual budget for the Redondo Beach Fire Department in FY2018-19 is $22,104,854. This budget includes various expenditure obligations and allocations assigned to the Fire Department that will remain the City’s obligation even if the City enters into a contract for service with the County, such as legacy PERS, workers compensation costs and lost revenue. The calculated “Costs Remaining with the City” that are associated with the Fire Department are approximately $5,799,406. The costs identified in the Costs Remaining calculation are not addressed by the County in their study.

After doing a deeper dive with staff, fire union and BFC, John Gran determined that there were no realized savings.  The City of Redondo Beach will keep its Fire Department based on Council voting 2-3 to not pay $24,000 to the County.

As a result of the August 20th vote, a Political Action Committee (PAC) has been formed. The purpose of this PAC is to fund a recall campaign against Councilman John Gran.

Finance Director Marni Ruhland said that statement removes the context from her department’s report. The City would indeed save money, she said, but at the cost of reducing service and staffing levels at Redondo Beach fire stations. The report continues to say that, were the City to reduce its own staffing to a comparable level of service, Redondo’s Fire Department expenses would cost less than LA County’s least-expensive service option.”

The passion for this issue does not make sense. Closing our Redondo Fire is a permanent nearly irreversible action, while going to County is an option we can revisit in the future. Councilman John Gran’s re-election date is just a year and a half away, why should you and I pay for another election when this recall is based on one decision. As a taxpayer, do you really want to pay for an unnecessary recall election? Please do not sign any recall petition.