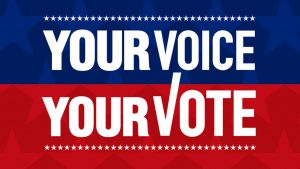 Due to this law, our elections must be moved to either a March or November election day in an even year. Per our city charter, our elections also require a run-off. Many times, Run-off elections result in extra dirty campaigning.

An 8-month run-off election is something we want to avoid.

In traditional run-off elections, candidates benefit from “mud-slinging” by attacking an opponent’s character instead of sharing their positive vision with voters. This scorched earth tactic does not serve us well. With ranked choice voting, candidates do best when they reach out positively to as many voters as possible, including those supporting their opponents. A comprehensive Rutgers University poll of voters in 7 cities with Ranked Choice Voting (RCV) found that voters report friendlier campaigns and that RCV had majority support in all the cities using it.

Cities such as San Francisco, Oakland, Berkeley, and San Leandro have successfully begun using the Ranked Choice Voting (RCV) system also known as Alternative Voting (AV) or Instant Run-off Voting (IRV). We have an opportunity in Los Angeles County to introduce IRV as an option. We understand LA County is looking at a new voting system. Councilmember Christian Horvath and I are advocating all our leaders to help us get IRV as an option for our Redondo Beach elections.

What would RCV do for Redondo Beach?