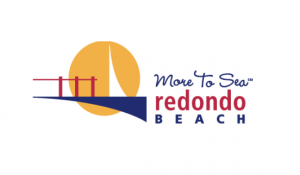 On December 13, 2018, at about 2:50 PM, a delivery van with approximately 230 packages was stolen from the 2000 block of Graham Avenue in Redondo Beach. The van was stolen while the driver was making a package delivery. Investigators from the Redondo Beach Police Department were able to locate the delivery van a short time later in the 12500 block of Menlo Avenue, City of Hawthorne.

Two suspects were seen removing numerous boxes that were marked with Amazon shipping tape into a nearby property. Both suspects were detained without incident and all of the 230 packages with an approximate value of $10,000 were recovered and returned along with the vehicle to the delivery company. Packages that were stolen included items from Amazon and other online retailers.

Arrested in this investigation was Richard Aleman, 24 years old of Hawthorne and Marianna Archundia, 23 of Hawthorne. Both suspects were charged with Grand Theft Auto and Grand Theft over $950. Richard Aleman was additionally charged with the illegal use of a personal access card and identity theft. Both subjects were arraigned at the South Bay (Torrance) Court on December 17, 2018.

The Redondo Beach Police Department would like to remind citizens to be vigilant during the holiday season for thefts of packages and to take steps to minimize being a victim of property theft. Please avoid having packages left in areas open to public view or when you will not be at home, ask a neighbor to accept packages on your behalf, make arrangements with your carrier to leave packages out of public view or pick up your packages at drop off/pick up locations. Additionally, citizens can use technology to help thwart packages thieves, such as video alarm/doorbell systems to monitor visitors and deliveries. Finally, valuables (packages) should not be left in open view inside vehicles that are parked open to the public, as thieves will take opportunities to steal items left inside vehicles.