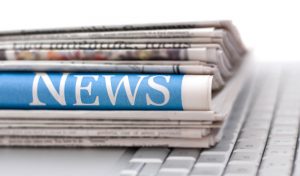 Councilman Christian Horvath summarized the whole election realignment issue well, here is his letter to the editor. Bottom line, the State cannot mandate when we have our elections so our next election will be March 2019. See you at the polls!

Let’s discuss the Redondo Beach City Elections as it relates to SB 415 & the subsequent court case is being used as an unnecessary political rally cry.

Last November, the city council had a long discussion related to complying with a new State Law, SB415, which mandated cities and districts move their elections to an even year cycle in order to raise voter turnout. Sounds like a great idea – more people voting always is. But it creates complexities, especially in Charter Cities, of which Redondo Beach is one. The council took 2 meetings to consider costs, timelines and consequences of 8 month run off election cycles.

When the item came back the second time and after looking at it every which way, Councilwoman Emdee and I made a detailed motion to set forth a required plan before the deadline that would:

1. Ensure the fastest way to compliance;

2. Be fiscally responsible by protecting the general fund from increasing election costs and save the city money that could be used for truly important quality of life issues (Roads, Parks, and many of the entire council’s shared goals.) Election costs were projected to increase dramatically in odd number years as more cities move to even number years and consolidated with LA County Elections;

3. Be put to a vote of the residents – as moving elections requires a charter change – in June 2018;

4. Maintain runoffs where a candidate must have an absolute majority to prevail (50% plus 1);

5. Direct staff / city attorney to draft a resolution requesting the LA County Board of Supervisors, The Secretary of State and State Legislature establish regulatory authority for adoption of alternative voting methods in order to compel the LA County Registrar-Recorder / County Clerk to develop Instant Runoff Voting (IRV) as a part of their new voting system by March 2020;

6. Via Friendly amendment – accepted a request to discuss in closed session the potential of bringing a lawsuit against the State because the state mandate did not specify Charter Cities had to realign.

The plan above required the next two election cycles be postponed by one year to March 2020 /2022. (The school board had already passed resolutions requesting their next election be postponed until November of 2020/2022 and we accounted for that as well.)

Redondo Beach already has strict term limits. An individual can only serve a maximum of two terms in a lifetime for Council or Mayor.

The motion passed 3/2. The mayor threatened to veto and did. The veto put us in a situation where the city would be violating the law by not having a plan in place and could have exposed the city to potential lawsuits as well if we proceeded with elections in the odd years. With our stated plan in place, the city would have been in compliance with state law – AND could have still held odd number year elections, as the mayor preferred, but at much higher costs – AND we could have added a second option for voters on the June 2018 elections.

Had the mayor waited to exercise his veto power until the proposed charter amendments came before the council in early 2018, he would have avoided the potential exposure to lawsuits and still been in compliance.

After the Mayor’s veto, my colleagues who voted no tried to re-agendize the item for another discussion. I voted no. We had a “plan for compliance” – nothing more. It required a vote of the residents. The mayor exercised his veto prematurely and wanted a do-over. I instead made a motion to agendize a Closed Session discussion as outlined in #6 above regarding challenging the State mandate. This motion passed and ultimately the council decided on a 5-0 vote to pursue litigation that would retain our local control and question the State’s authority to mandate election changes.

Then on December 19, just prior to the start of our last meeting of the year… the Mayor announced he was calling an emergency meeting for December 20th to discuss SB415 again. My colleagues were well aware that I would not be in town – as I was leaving to visit family for the holidays on the morning of the 20th.

That meeting ultimately did not happen as there was no quorum.

This past week, per my original motion and then subsequent referral to staff as mentioned above, The Redondo Beach City Attorney won judgment over the CA Attorney General in our suit against the Secretary of State regarding a Charter City’s ability to exercise local control through the voters. Our existing odd year March elections will remain.

A final note: Last November, Councilwoman Emdee and myself also sent letters to Supervisor Janice Hahn, Assemblymember Al Muratsuchi and Senator Ben Allen requesting their assistance in compelling LA County to include Rank Choice Voting (RCV) / Instant Runoff Voting (IRV) as a part of a new voting system they are developing for 2020. RCV helps remove negative campaigning and would also cut down on the costs and election fatigue that extended runoffs create.

Help us get RCV / IRV here in Redondo Beach and support the goals to: discourage negative campaigning, provide more choice for voters, mitigate the impact of money in politics, save the city money and more.