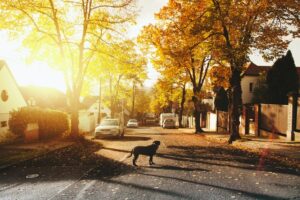 State is mandating we zone for 2,490 more housing units in Redondo Beach, our current zoning allows for 1,278 more homes SO we have to decide where to zone the rest of the housing OR do we risk the penalties and fight the State. I explained the How & Why in the 4 minute video above. We discussed options at the Community Meeting and here were a few of the questions asked:

What options have been suggested?

What about the 50 acre Power Plant area?
We need advocacy to make sure other Redondo areas are considered or North Redondo, specifically, District 4 & 5, will bear the burden of all the new housing.

Action: There will be a community meeting on April 7. At this meeting you will be asked where you feel the housing should go?

How many of RB lots already zoned for R2 or R3 but only have one house? Further, how many are located in North Redondo vs South Redondo?
The answer is 788

How many units have already been approved at the Galleria?
300 total units. 60 of them are affordable. IF the 600 more units are zoned this means 900 total housing will be zoned North of Kingsdale, Galleria area.

How many more units do we have to zone?
about 1,500 (this number will be updated at the April 7)

Can we fight the State of California?
Asm. Al Muratsuchi introduced Bill ACA7 which gives more local control but that will take awhile to play out. We can sue. Meanwhile, we could face severe penalties such as up to $100,000 per month for every month our Housing Element is past due. Or we could lose our ability to permit just as the City of Pleasanton did. Irvine lost their RHNA case against the State of California. Escondido created a Housing Element that met the State mandate but Escondido required a vote to approve zoning changes, voters said no. The issue went to court, judge said voters cannot say no to a state mandate therefore the Certified Housing Element stands.
But we have been successful where others were not, how much are you willing to lose to not zone the housing?

What are other cities doing? They are rezoning. For example: Escondido – prepared a specific plan to allow housing for more than 6,000 units; Riverside – rezoning for at least 15,000 units; Bell Gardens – rezoning; El Segundo – rezoning downtown and smoky hollow specific plan; West Hollywood – rezoning – even though their General Plan was done in 2013; Walnut – rezoning industrial and old commercial areas

The Housing Element will go to the Planning Commission April 15 then to Council on April 20.

Please help me advocate for an equitable distribution of housing at all or any of these meetings: April 7, 15 and/or April 20.