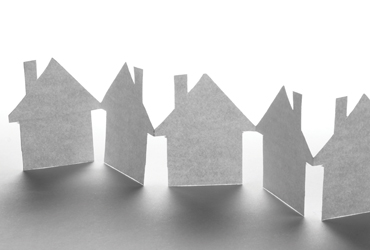 The Southern California Association of Governments (SCAG) released 3 methodology options to determine the Regional Housing Needs Assessment (RHNA) for every city. All 3 are flawed and base their calculations on existing population and zoned capacity. Now, we’ve all heard the definition of insanity. Yet, here we are doing the same thing over again and wondering why traffic is getting worse, wondering why carbon emissions are not going down as fast as it should and wondering why the cities are being so defensive.

We have an opportunity for us to leave the past behind & present something better for the future.

How does California plan for housing?
The Housing & Urban Development (HUD) looks at a myriad of data and determines how many housing units we will need to build. HUD then decides how many Housing Units each region must accommodate.

Our region (SCAG- Southern California Association of Governments) sets a methodology and assigns a goal to each city. This assigned number is called RHNA which stands for Regional Housing Needs Assessment.

In years past, this number meant little besides an advisory number of what cities should zone for and allow. After all, cities don’t build units, developers do. Cities just zone, approve or not approve the housing.

The State is saying Cities are not allowing enough units so they have introduced over 200 bills to force cities to allow and encourage housing. RHNA is now being used as a barometer. RHNA is poised to become a weapon which means we have to make sure Redondo’s number is not only equitable but, more importantly, the methodology makes sense in terms of traffic, infrastructure and overall desire for our area.

The third RHNA objective stated at SCAG’s July 22, 2019 meeting is ‘Promoting an improved intraregional relationship between jobs and housing’. Yet, none of the methodologies being considered has any jobs to housing weighting. None.

The State is introducing bills that would force cities into a one size fits all solution. We have a chance to determine our own destiny while showing the state we can solve the problem ourselves.

Traffic is a sore spot for many of us so adding population to cities who do not have the jobs means there will be more workers added to our commute probably by car, probably via the 405 or Aviation Blvd. or PCH. The 3 major job centers for Redondo residents are DTLA, El Segundo and Torrance.

The methodology should match the objectives so there should be a weighting to account for jobs/housing ratios. By doing so, you are helping the environment and improving quality of life by reducing commutes.

Doing my proposed changes will align the state goals with SCAG’s RHNA methodology, will help Metro, will help our residents’ commutes, will help our environment and will help cities work towards a job/housing fit.

To be clear, in our last RHNA cycle, SCAG assigned Redondo 1397 units while SCAG gave Beverly Hills 3. Why? Here are the numbers for similar size by area cities: El Segundo, Beverly Hills & Culver City. The table illustrates why adding a Jobs/Housing Ratio to the methodology is critical to reducing commutes and why the population methodology is just lame:

Collectively, we need to write a letter to SCAG to ask them to create a methodology that is in line with State goals and SCAG’s objectives. Comments on the Proposed RHNA Methodology must be received by September 13, 2019. Please submit comments and questions to housing@scag.ca.gov