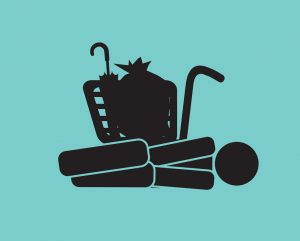 The City Manager formed a Homeless Task Force comprised of residents of Redondo Beach who met on a monthly basis. The mission of the task force was to find collaborative ways to respond to the challenges faced by the homeless population as well as residents, neighborhoods, businesses, schools, non-profits, churches and safety agencies. Under the direction of the City Manager, the Task Force made several recommendations. A key component of the recommendations was the need to contract with a coordinated outreach provider to ensure that all available services were made available to the homeless.

PATH, (People Assisting The Homeless) was identified as a sole source provider with an extensive industry network, trained staff and a methodology for working with public agencies to address homelessness issues. PATH had previously been selected by the South Bay Cities Council of Governments (SBCCOG) to work with all COG member cities on homelessness. PATH brings 30 years of experience to end homelessness for individuals, families, and communities.

The City’s homeless population has steadily increased each year, with a corresponding increase in calls for Police and Fire Department services. The increase is partially related to the recent spate of prison release polices at the State level. In 2016, Redondo Beach Police responded to 3,230 transient-related calls; Redondo Beach Fire responded to 285 transient-related calls. The most recent Public Safety expense analysis for homeless-related service calls reported an annual cost of $230,000 for Police and $100,000 for Fire.

Although the demands on Public Safety are increasing, the advantage of the partnership with PATH is that the interactions with homeless individuals can be tailored to their specific needs and that a case file can be started to align that customer with all available services and potential benefits with the goal of placing the individual into transitional and or permanent housing.

Supplementing the collaboration with PATH, the Police Department is also working with the Los Angeles County Department of Mental Health to provide a mental health clinician to ride along with Officers and to services for homeless persons within our city.

Additionally, the group continues to expand on cooperative outreach with local faith-based organizations, conduct forums for local business groups and has created a resource information card for use by homeless individuals and those providing services.