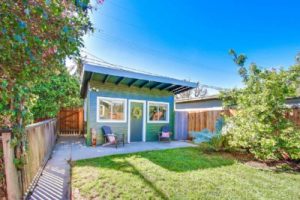 In 2017, State law was amended with the intent to facilitate construction of accessory dwelling units (ADUs), commonly known as granny flats. Zoning requirements for ADUs are null and void until the adoption of an ordinance that complies with State law. Without local regulations, building permits must be issued for units that meet minimal criteria as specified by the State.

The Planning Commission’s recommendations were forwarded to HCD and California Coastal Commission staff prior to bringing the draft Ordinances for the City Council’s consideration. In their response letter dated January 7, 2019, the California Department of Housing and Community Development (HCD) reviewed the pending revisions and noted that they continue to monitor the City’s annual housing progress reports. In their comment letter, HCD staff indicates that inconsistencies of the proposed changes with State law, specifically calling out garage conversions and the parking requirement. California Coastal Commission staff also reviewed the draft amendments and in a letter dated February 7, 2019, they noted that the minimum lot size may be overly prohibitive. The draft Ordinances for consideration incorporate HCD’s input as well as comments received from California Coastal Commission staff.

California Coastal Commission certification of the Coastal Land Use Plan Implementation Ordinance amendments is necessary. State law also requires that the Ordinances be submitted for HCD review and comment within 60 days of adoption.

So in order to build an ADU in RB:
Minimum Lot Size: 6,000 sq feet for R1 zoned areas or 5,000 sq ft for R2 zoned areas
Single story only, no ADUs over the garage allowed
You must have enough room for parking spaces
The owner must occupy one of the units
Maximum ADU size: 600 sq. feet

If you have already begun the ADU process and have stamped conceptual plans then permits need to be issued before the Ordinance is in effect which may be as early as April 11.