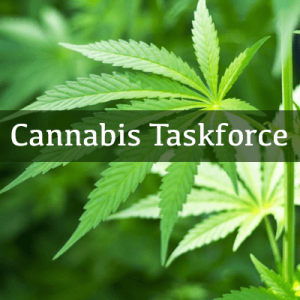 Redondo Beach has created a Cannabis Taskforce to address our concerns about Cannabis in our city, but there is a new state regulation that requires our input by August 27. I want to hear from you!

First, let’s decide what we really want. Cannabis sales were deemed legal by Prop 64. The pros and cons of that topic is over. It’s legal. The question is ‘What is the most responsible thing to do now?’.

Cannabis sales, delivery, taxation etc. should be decided by cities impacted by the decision.  This is something that the drafters of Proposition 64 recognized and which the state should continue to respect.  Since cannabis was legalized, local governments have had to fight for self-determination regarding cannabis policy.  Citizens and local politicians alike have consistently fought back and won which is why Redondo citizens should express their opinions and expect to be heard.  Losing local control is a slippery slope. For example, our plethora of massage businesses is a result of losing local control and the state dictating local policy.

On Friday, July 13, the state released its’ proposed final regulations which will go into effect on Jan 1st.  Prop 64 states that reasonable access needs to be allowed and that it is interpreted to mean delivery services.  That interpretation has been solidified in the recent final regulations draft.  On page 62 it states: “A delivery employee may deliver to any jurisdiction within the State of California.”

Let’s first try to view this from the State’s point of view. The state is struggling at the moment in creating a viable legal market due to the slow implementation on the local level. This, in turn, is encouraging the illicit market to thrive and limiting tax revenues coming in.  So the state has decided to try to push the legal market into existence with this new delivery regulation.  It’s tricky when you see places like LA County where 80% of the cities all voted yes on Prop 64 yet only 20% have allowed for commercial cannabis activity.

However, while the loss of local control is a slippery slope, local control has created a slow adoption of regulations which in turn becomes a threat to public health and safety by encouraging a thriving illicit market with untested products and people finding loopholes to become cannabis churches, etc.  Prop 64 did allow for local control but it also states that “reasonable access” must be allowed and the interpretation of “reasonable access” is the question at the moment. Recently a Sacramento regulator said,  “You can’t ban cannabis, you can only ban legal cannabis”.

Let’s now try to view this from the Cannabis business operator perspective. Are they going to be required to get a license to deliver in every city? In an effort to control the industry, the state is making some onerous demands on businesses. So what is a farmer with a large crop to do? If you make the system too complicated or expensive then they will likely opt to take their chances in the illegal market.

While I am empathetic to the state and the operators, my job is to maintain the quality of life for my residents by maintaining a revenue stream for services (public safety, roads, parks, etc) and by maintaining local control. Redondo residents should be concerned with voter initiatives seeking to remove local control. Redondo residents need to have a conversation of what will benefit our city while maintaining our quality of life. We need to advocate for a regional tax allocation, license caps, and zoning that will ensure Redondo is not overwhelmed by the cannabis industry.

Redondo and the entire South Bay need to work together.

Redondo has banned delivery services from locating in Redondo until our task force can decide on taxation and rules then recommend policies to Council. The proposed state regulation means that even in cities that have prohibited delivery, the city will not participate in any of the tax revenues nor will they be able to ban the delivery.

I believe that cities will have the legal right to prevent outside delivery services providing they allow for licensing in their city. So Redondo needs to create a licensing mechanism as soon as possible.

Please be careful on signing voter initiatives. Many of the cannabis initiatives are potentially dangerous for our city. So far none of them have a tax allocation structure that benefits us, nor do they have license caps or zoning guidelines.

All of the proposed regulations can be viewed on the Bureau’s website:

The City of Redondo Beach will have this item on the City Council Agenda most likely on August 14.

What are your thoughts?