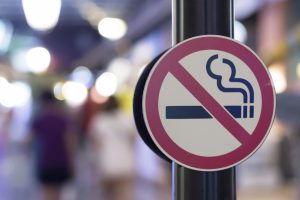 On May 7, the City Council will discuss whether to establish a city-wide smoking ban. What do you say? A necessity for your quality of life as a non-smoker? Or is it an unenforceable ordinance that criminalizes smokers?

What do you want to see?

In response to a Strategic Plan objective, staff has prepared the following report outlining options to implement a local tobacco retail permit and City-wide smoking ban in public places. Staff requests that City Council provide direction on the specific provisions for each ordinance.

On September 18, 2018, City Council held a discussion on potential tobacco regulations. The meeting included testimony from representatives of the Beach Cities Health District, the Coalition for Tobacco Free Los Angeles County, Los Angeles County Department of Public Health, Asian American Drug Abuse Program, along with City residents. After discussion, the Council was favorable to establishing tobacco regulations utilizing a stepped approach, where stricter regulations could be implemented over time, if needed. City Council directed staff to prepare ordinances for a local retail tobacco control license and smoke free public places. Staff is requesting that Council provide additional direction on the specific provisions for each ordinance.

Currently, Redondo Beach only has a smoke-free recreational area policy which does not specifically include Electronic Smoking Devices (ESDs) and cannabis. In Hermosa Beach and Manhattan Beach, smoking bans in public places have been implemented in conjunction with campaigns that educate the community and engage local businesses. The Beach Cities Health District would support City efforts in such a campaign.

There are two policy approaches to comprehensive outdoor smoking ordinances, inclusive and listing. The inclusive approach would ban smoking in all public places in the community, similar to what Hermosa Beach and Manhattan Beach have adopted. The listing approach limits the ban to specified locations where smoking is prohibited. To be considered a comprehensive ordinance by the American Lung Association, at least 5 of the following 7 areas must be included: dining areas, entryways, public events, recreational areas, service areas, sidewalks, and outdoor worksites. Additionally, the policy may include an updated definition of “smoking” and “smoke” to include ESDs and cannabis.

In addition to the inclusion of ESDs and cannabis in the definition of “smoking”, staff recommends that the City Council provide direction on the definition for “public place,” which may include, but not limited to, the following:
• Streets and sidewalks
• Public parking lots
• Plazas
• Exterior patio areas of restaurants and/or bars and outdoor dining areas
• Exterior areas of commercial private property

Currently, staff recommends the exclusion of private residential property from the smoking ban, similar to the City of Manhattan Beach ordinance.

Further, staff requires direction from the City Council regarding the penalty for violations, that could be criminal or civil. A criminal violation may be can range from an infraction, a misdemeanor or a woblette, which would allow for the violation to be charged as either an infraction or a misdemeanor. Civil citations may also be utilized, but are not an ideal enforcement option as the City does have as robust an internal due process system for the processing of civil citations.

Local tobacco retail permits target retailers to prevent youth access to tobacco products. Currently, over 140 California jurisdictions, including 44 Los Angeles County jurisdictions, have passed local retail permitting. These local regulations have shown to be effective in reducing the illegal sale of tobacco products to minors. The permit typically includes a fee for administration of the permit and enables local jurisdictions to implement penalties for violations, including sale to minors.

By implementing a local tobacco retail permit ordinance, the 43 retailers, and any new, would be required to obtain and maintain an annual Tobacco Retail Permit for the City of Redondo Beach, in addition to their City Business License. Tobacco retailers include any business location where tobacco, tobacco products, and tobacco paraphernalia are sold.

Provisions can be included into a tobacco retail permit such as:
• Defining “tobacco products” to include ESDs
• Banning of certain flavored tobacco products
• Limiting sales of other tobacco products or sale of drug paraphernalia
• Banning the sale of alcoholic beverages for consumption on premises
• Banning self-service displays
• Non-transferrable

In developing the ordinance, staff requests direction from the City Council in the following areas:

An annual permit fee would be established within the City’s Master Fee Schedule in an amount not to exceed the City’s reasonable costs of permit administration, including staff time for inputting, processing, and monitoring. Staff recommends an annual permit fee between $35 – $55, which would cover the fully-loaded staff cost of processing.

Staff requests direction from City Council on a fair length of time to bring current 43 tobacco retailers into compliance. Options can include a set length of time (i.e. within six months) or can coincide with each individual business’ renewal date of their City Business License.

There are various options for enforcement when violations occur. The City can choose to implement administrative enforcement, with written notices for violations. This would allow for the business to make corrective actions. Continued violations may lead to suspension and/or revocation of the tobacco retail permit, after an administrative hearing process. With this option, City Council would provide direction as to the number of violations that would constitute grounds for suspension and/or revocation.