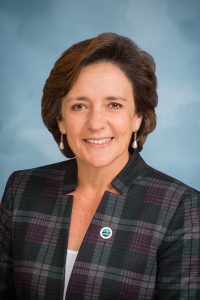 On the Personal Side...

Laura and her husband, Jeff, met at Narbonne High School. After college and grad school, they moved to Redondo Beach, District 2, in 1990. In 1992, they bought their home in District 5. They raised their two sons and, like most RB families, volunteered for all the organizations the boys were involved with - AYSO, Boy Scouts, RUHS Cross Country & Track and PTA. Both sons went to Redondo Beach Unified School district since Kindergarten then graduated from Redondo Union High School in 2009 and 2012, respectively.

Laura enjoys drawing and painting, while both Laura and Jeff love the outdoors and have been known to ski, hike and bike ride.

Community Involvement while on Council:

While on the School Board...

In 2011, Laura was elected to the RBUSD School Board.

Economically, it was a tough time for the school district. RBUSD was only receiving about 80% of the budget it received in 2008. The reserve dwindled to save class sizes and teaching days. Raises were non-existent. Everyone – employees, the leadership team and the school board – had their healthcare benefits cut and everyone shouldered healthcare increases.