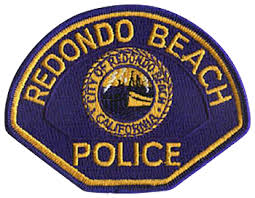 Message from the Redondo Beach Chief of Police:

Over the weekend I was made aware of a couple of separate inquiries regarding what was described as noticeable increases in crime in District 3 and in North Redondo Beach. Both independently calling for extra patrols with one calling for the signing of a petition via Next Door and Change.org to get extra patrols. I will go into some detail about the level of proactivity that is actually occurring, but it should be said that our police department is extremely responsive to community engagement and input, and it will never necessitate the need for a petition to refocus resources when addressing community concerns. We are committed to open dialog, transparency and communication not only by all of the traditional means like by phone or email, but also via our various forms of community engagement that allows our police officers and citizens to interact directly without barriers and build relationships. These programs like Coffee with a Cop, the Community Engagement Board, town hall meetings, National Night Out, Citizen’s Police Academy, PD Open House, neighborhood watch and many others, offer a great environment for open discussion on concerns. Additionally, I don’t know that I have ever denied a citizen’s request to meet and discuss anything PD or crime related, nor do we deny requests to come and speak on any topic related to policing.

I live in North Redondo and have since 1995. Many of the openly stated and negative perceptions of a crime ridden North Redondo are just flat out wrong. I get the sense from living there all this time that the things that were occurring in the late 80’s to early 90’s remain in the minds of many, and that broad brush is often painted over the north end of this great city. We are one of the very few agencies that publish our crime statistics on our website (https://www.redondo.org/depts/police/crime_information/crime_statistics.asp ) and even have an interactive crime map (https://www.crimemapping.com/ ) where anyone can see our published data. Unfortunately there is a delay based on the current restraints in our records management system, but we expect even greater speed and accuracy when we roll out the new one in the next couple of months. I’m often asked how bad the crime rate is in north Redondo compared to South Redondo, and the answer generally shocks people.

In calendar year 2017 the City had an 8% decrease in Part 1 crimes, with an overall 25% decrease in Residential Burglary. This is at a time when many our neighboring cities and others throughout LA County had just the opposite occurring. There was 9.7% decrease in theft throughout the City and stolen vehicles increased by 6.3%. in 2018 from the data that I have access to up to June, we are trending at an additional 32% reduction over 2017 (in the same timeframe), a 41% reduction in stolen vehicles and a 15% increase in theft. People stealing stuff off of porches and in unlocked cars is prevalent across the city and the numbers of people that were previously incarcerated but now out on early release, or probation due to recent legislation are greatly increasing. The decriminalization of felonious drug offenses which previously landed many addicts into rehab, has had the unintended consequence of less help via resources and more petty theft to support the addictions. The increases in theft rates across the County sometimes fail to get published in the papers. I have personally spoken to our local papers and the Daily Breeze and stated that the theft numbers are meaningful, but if you look at what is reported, they are always left out. To help put some of these numbers into perspective, we have about 2.8 thefts per day in the city, just less than one burglary per day, and one stolen car about every other day.

A ton of work has gone into the homelessness issue in the city and many of our proactive approaches are being used as the model for other communities to follow. The problem will not be going away anytime soon, but our partnerships and community involvement have helped us turn the corner. This year our homeless count numbers went from 261 down to 154https://tbrnews.com/news/homeless-count-shows-increase-in-manhattan-beach-marked-reduction-in/article_01d8d1a0-950c-11e8-b76f-fb9423b0a21e.html .

We are happy to report that we have filled all of our police officer positions for the first time in about a decade. We still await some of our newest recruits as they attend the 6 month police academy and then get through an additional 5 months of in-house training, but as they hit streets we continue to add to our specialized teams in the Harbor, Traffic Division, School Resource Officers, and detectives. We currently have officers working in an undercover capacity focusing on career criminals, one working on terrorism with the FBI and another on a team that follows burglary crews that roam throughout LA County and here in the South Bay. Patrol now has a Directed Enforcement Unit that is free from the burden of radio calls and focuses on special problems and high risk offenders. The use of drones, Automated License Plate Readers (ALPRs) and Ring cameras have shown excellent success in helping to capture people that have come to RB to commit crimes.

For the past 6 months (Feb – August), the PD has done a total of 5335 traffic stops resulting in 2151 moving citations, and 1517 subject stops resulting in 112 citations. Our patrol officers are busy throughout the City handling calls for service and proactively enforcing the law. We are constantly doing special enforcement related to community concerns and are happy to adjust our resources to address anything that comes up. I know that this response has been long, but it is important that our citizens know what the actual crime numbers are and that we do absolutely everything we can with the resources we have. We strive for “zero crime and zero complaints” and constantly say, “if it happens to you, it happens to us.” One burglary or one theft is too many. I again encourage everyone that sees something out of the ordinary to call us. If you catch something out of the ordinary on a camera, send it to us. There are a lot of opportunists that take the path of least resistance regarding how they commit crimes and they capitalize on the easy targets like amazon packages, unlocked cars, and bicycles left on the front lawn. We need everyone to participate in making the community safer and we are here to do everything we can provide the service that creates a safe environment.